Could you perform where your dream hinged on one moment? That was Chris Thomas’ journey.

Chris Thomas is everyone’s journey. Initially undersized as a high school athlete, he eventually became a blue chip high school football player. In college he opened the door to the NFL, only to suffer an emotionally devastating season ending injury his senior year. This is when his circumstances required him to tap into the emotional and psychological elements of the mental game.

Following his injury, he went from never being judged as an athlete, to being nothing but judged for the next eight years of his journey through the NFL. It’s here where he would have to learn to unlock every chamber of the mind in order to perform in the face of coaches looking for his “failures”, not his successes.

Chris Thomas learned how the mind could allow an athlete to experience a different connection with their instrument (ball, bat, pool, racquet, etc). It was undeniable that the mental elements of performance he was unlocking were the cornerstone for getting the body to perform at a level never experienced before. In addition and most powerfully, he learned how to play in a cocoon where the impact of fear of failure, judgment and pressure began disappearing. Now, he’s giving you the opportunity to do the same. 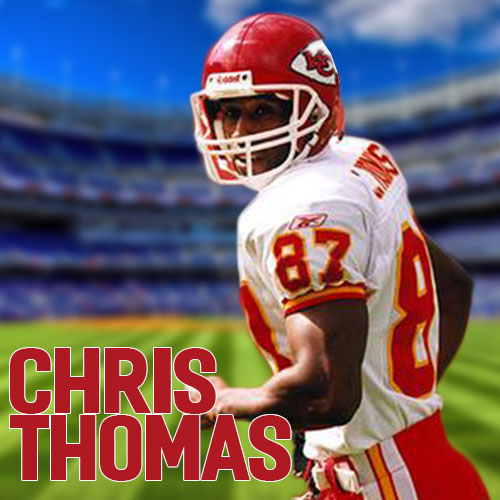 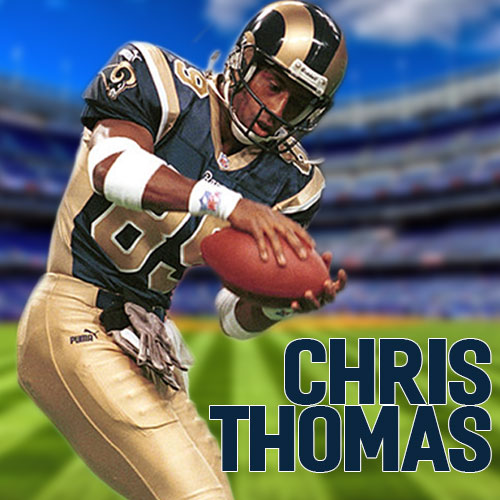 Aside from his private developmental environment Fusion Odyssey, he has been a requested motivational speaker. From TedX talks, to success retreats, to Fortune 500 companies, he has been asked to share his own remarkable journey to inspire others to greatness. He is that rare package of empathy, intensity, passion, purpose, love, perspective and success. In 2007 he was inducted into his college Hall of Fame. Chris was a multi-sport athlete growing up playing baseball, soccer, beach volleyball, track, tennis, basketball and football. He now lives and mentors in Southern California.

MY ATHLETES, STUDENT AND THEIR PARENTS ARE THE BEST.
THEY SAY SOME OF THE DARNDEST THINGS!

There’s no question this video series was huge for me.  It’s rate that an athlete as elite as Chris is as patient and willing to work with developing players, let alone teach them how to access their mind, which so many professional athletes don’t even know how to do.  This is truly an incredible video program and every athlete out there if they care about their success at all should watch this video series. It will change your life.

I watched Chris’s videos and I seriously learned more deep-rooted aspects of myself than I’ve learned in years of therapy. It was such a unique experience for me because each video brought me back to all these moments in my past and it was like I now understood them all. I now can use this new information to change the way I’ve been living and it just opened this whole new world for me. I’m so excited to live in this new world Chris taught me and experience life the way I’ve always wanted for myself! I’m not even involved with sports and I was blown away I could apply this to my everyday life, right now

My oldest daughter in high school subscribed to these videos and it has been a game changer, even after consulting with Chris and working with him technically for over a year. These videos are a must view if you want to go to the highest level!! By watching them you learn how to reach the level of success you’ve always wanted and learn how to trust yourself and turn pressure into opportunity. The best thing that happened to my daughter who is now committed to a D1 soccer program was coming across Chris Thomas!!!

By continuing to use the site, you agree to the use of cookies. more information